Stephen Curry and the rest of the Golden State Warriors have swept its first two home games this 2018 NBA Finals against the Cleveland Cavaliers by winning Game 2 with the final score of 122-103.

The Warriors was led once again by Stephen Curry who catches fire from three-point territory as he converted nine triples out of his 17 attempts. Warriors Big 3 had a combined scoring effort of 79 points which tormented the visiting Cavs. Boston Celtics guard Ray Allen made a record of eigth three-pointers back in 2010 NBA Finals is now erased by Curry’s nine made shots.

Stephen Curry was interviewed by ABC’s Doris Burke asking what was the feeling surpassing Ray Allen’s record after the game.

“It means a lot,” he said. “As I’ve gone through the career I’ve been blessed to play, Reggie (Miller) and Ray Allen are the two names that always pop up at the top of all the 3-point shooter lists, so any time you’re mentioned with those names is pretty special.”

Golden State’s bench responded to the challenge in Game 2 as they made a counter-effort against LeBron James’ 29 points, 13 assists and nine rebounds performance. Cavs forward Kevin Love and guard George Hill were James supporting case in Oakland’s Oracle Arena but wasn’t enough to topple eight Warriors players who displayed solid performance. Javale McGee is one of the GSW players who got superb contribution, he made the first four points of the game and finished with 12. 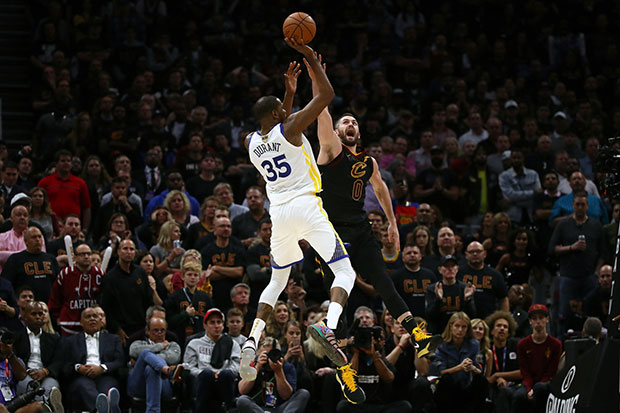