Philadelphia 76ers big-man Joel Embiid expressed his frustration after his role got adjusted after inserting Jimmy Butler moved to Philly. 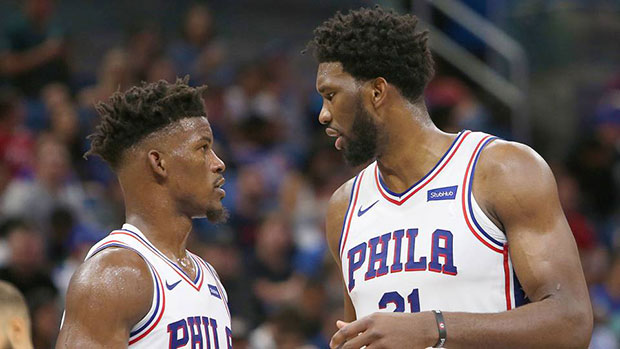 Embiid isn’t happy to be a spacer and to be utilized as a stretch five. He admitted that currently he’s not having that shooting touch from behind the rainbow territory.

“I haven’t been myself lately,” said Embiid, who was held out of Friday’s game against the Pistons by coach Brett Brown. “I think it’s mainly because of the way I’ve been used, which is I’m being used as a spacer, I guess, a stretch five, which I’m only shooting [29] percent” from three-point range.

“But it seems like the past couple games, like with the way I play, our setup, [Brown] always has me starting on the perimeter … and it just really frustrates me. My body feels great, and it’s just I haven’t been playing well.”

Sixers head coach Brett Brown need to do some fixing within he roster to avoid another Jimmy Butler drama. Although Butler wasn’t mentioned by Embiid in his statement but this all happen after the former Wolves got traded to 76ers.

Coach Brown don’t want to interpret the situation negatively but rather focus on how to improve Embiid’s usage inside the court.

Joel Embiid was held out of Friday's game vs. the Pistons. pic.twitter.com/l883NEV8H5

“I don’t want to connect those dots,” Brown said Friday night. “But I think in general we all have to do better at creating space for Joel.”