The Golden State Warriors is scheduled for a head-to-head game against the Houston Rockets at 9:30 A.M. on March 14, 2019 (PHI time) from the Toyota Center in downtown Houston, Texas.

The Rockets are looking to make a statement this season by sweeping the Warriors in the elimination round of the 2018-19 NBA season but the Dubs for sure won’t give the “W” to them easily.

Houston is most probably the best team in the league right now capable of dethroning the defending champions, the Golden State Warriors.

In their head-to-head battle, the Rockets owns all of the victories.

Not only that, Houston is currently the most hottest team in the league where their winning streak already reached to nine.

All of the sudden, they found themselves lurking at the number three spot of the Western Conference standings.

Likewise, to boost their winning chances, not only that the game will be played in front of their fans in Toyota Center, one of the Warriors key players won’t be playing.

Kevin Durant was reported that he won’t be suiting up with his team to rest his sore knee.

For the Warriors camp, Stephen Curry wanted to send a statement.

His Golden State Warriors are currently struggling. Just few days ago, they were surprised by the cellar dweller, Phoenix Suns.

“The beauty of the NBA is that on Wednesday we have an opportunity to send a statement. We have to take advantage of that opportunity. We’re looking forward to it, no question,” Warriors guard Stephen Curry said. The Warriors are at Houston on Wednesday. 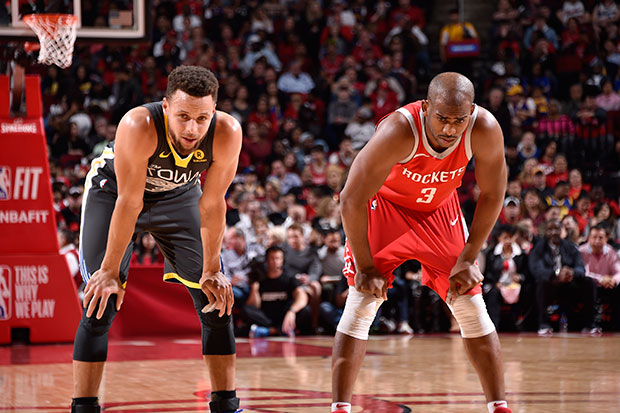