The Houston Rockets is scheduled for a head-to-head game against the San Antonio Spurs at 8:00 A.M. on March 23, 2019 (PHI time) from the Toyota Center in Houston, Texas.

It’s the battle once again of Texas teams and both squads are looking to make a quick bounce back game.

The Rockets and the Spurs had a similar situation.

Houston’s longest winning streak got snapped when Stephen Curry and the Golden State Warriors visited the Toyota Center more than a week ago. Then the Spurs nine-game consecutive wins got halted versus Dwyane Wade and the Miami Heat.

The Rockets are now getting closer on clinching a playoff spot and now claimed the third spot after OKC Thunder slide to fifth due to their four-game losing skid.

San Antonio is currently at sixth spot but four games behind the Rockets to overtake them.

James Harden is expected to once again drop massive points as he is still fresh from his 57-point explosion against the Memphis Grizzlies but in a losing effort.

Spurs guard DeMar Derozan and center LaMarcus Aldridge are for sure will be ready to challenge the shooters of Rockets head coach Mike D’Antoni. 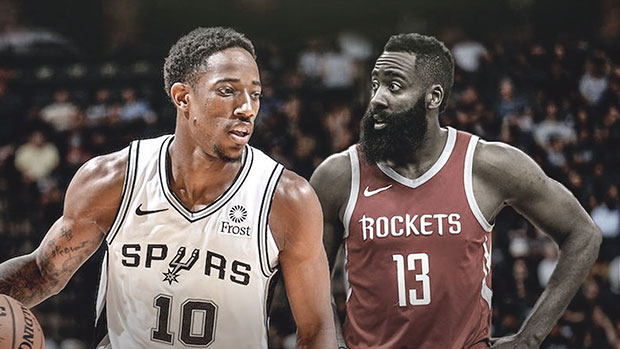