The Los Angeles Lakers is scheduled for a head-to-head game against the Toronto Raptors at 8:00 A.M. on March 15, 2019 (PHI time) from the Scotiabank Arena in Toronto, Canada.

The Lakers will continue its playoffs pursuit though their chances to make is now very slim while the Raptors wanted a bounce back game as they try to reclaim the number spot of the Eastern Conference standings.

Toronto are proud of their 9-0 record against the Pacific Division teams and wanted to continue that trend after the last buzzer of their tonight’s game.

However, several of its key players won’t be available when they tangle with the Lakers.

Kyle Lowry is out due to left ankle sprain, Serge Ibaka won’t be available because of the fighting incident he got involved in their win against the Cleveland Cavaliers and Fred Van Vleet because of broken thumb.

Despite of those players absence, Toronto is still the favorable team considering they’ll have Kawhi Leonard, Marc Gasol, Jeremy Lin and Danny Green in the lineup.

For the Lakers on the other hand, they have captured their first victory this March against the Chicago Bulls.

For sure LeBron James and the rest of his squad wanted to build from that winning momentum.

LA Lakers will continue to miss the services of Lonzo Ball, Brandon Ingram, Lance Stepensonm Tyson Chandler due to their respective injuries. 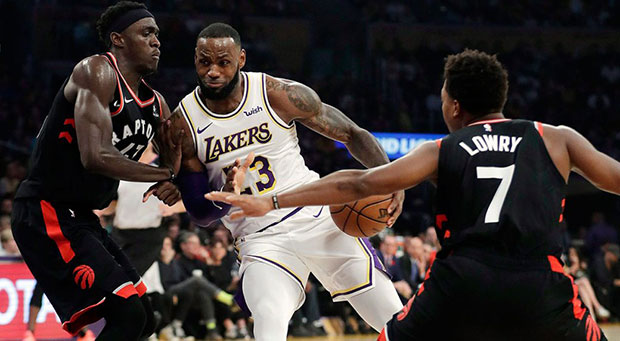