The Oklahoma City Thunder is scheduled for a head-to-head game against the Toronto Raptors at 7:30 A.M. on March 23, 2019 (PHI time) from the Scotiabank Arena in Toronto, Canada.

The Thunder are looking to end their losing struggles and wanted to end the four-game skid while the Raptors are eyeing for a three-game winning streak and reclaim the number one spot of the Eastern Conference standings.

Toronto was able to spoil the 42-point performance of Russell Westbrook barely 48 hours ago.

Now they’re going to defend their home-court as OKC will make an attempt to avenge their loss two nights ago in Chesapeake Energy Arena.

Without Kyle Lowry the Raptors got its needed scoring boost from their third year player Pascal Siakam who delivered 33 points, 13 rebounds and six assists.

According to a twitter user Chris Black, the Cameroonian forward is the second player in the franchise history to achieve that feat.

Here's the list of Raptors with at least that many points, rebounds, and assists in a game in franchise history:

Toronto is just three games behind the current Eastern Conference leader the Milwaukee Bucks. They are also 29-7 while playing at home.

Oklahoma City on the other hand have a 19-17 slate in their road games. 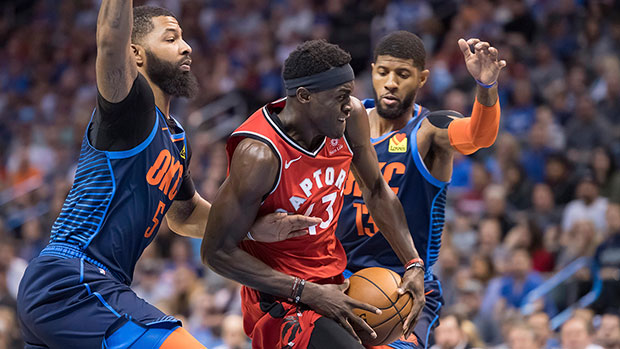