Here are the highlights of the Game 3 NBA of the NBA Finals match between the Los Angeles Lakers and the Miami Heat which was scheduled on October 5, 2020 (Local Time).

Jimmy Butler, the main reason why the Heat beat the Lakers Game 3, finished the game with an amazing 40-point triple-double performance, he scored 40 points to go along with 11 rebounds and 13 assists. In the fourth quarter, he was just gassed out, but he still kept on playing to somehow widen up the lead against the Lakers. At the end of the game, because of his great effort, the Miami Heat won against the opposing team.

“I tell Coach all the time, `’I’m ready for this,” Butler shared. “The biggest stage, whatever you ask me to do, I can do.”

Tyler Herro, the young player playing for the Miami Heat, scored 17 points and made 2 three-point shots. In the fourth quarter, he made big shots to seal the deal against the Lakers.

The former-Celtic, Kelly Olynyk, played very well again. He scored 17 points and grabbed 7 rebounds. In addition to his game, he also made 3 three-point makes.

On the other side of the court, the Lakers find themselves losing to the big efforts of Jimmy Butler and the Miami Heat.

LeBron James, who was playing cold in the fourth quarter, still scored 25 points and grabbing 10 rebounds. He is also 2 assists away in having a triple-double.

Kyle Kuzma and Markieff Morris also contributed very well in this game, but they just could not translate it into a win. Both scored 19 points. The two of them scored mostly from downtown, 5 three-point makes for Morris and 4 for Kuzma.

The series between the Los Angeles Lakers and the Miami Heat will resume on Wednesday at 9:00 AM for Game 4 of the NBA Finals. 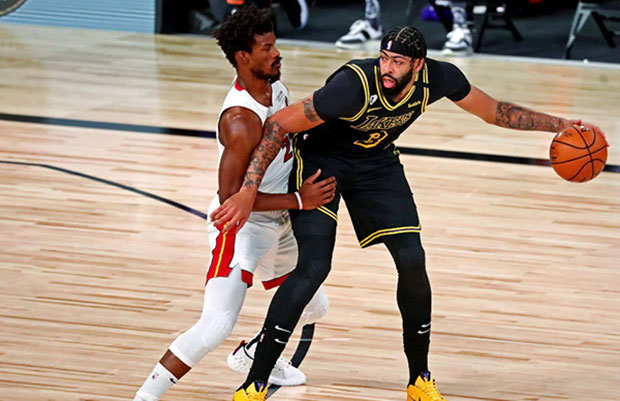