The quarterfinals round is over and the Magic Four of the 2018 PBA Governors’ Cup is now revealed as the tournament is getting ready for its semi-finals battle. 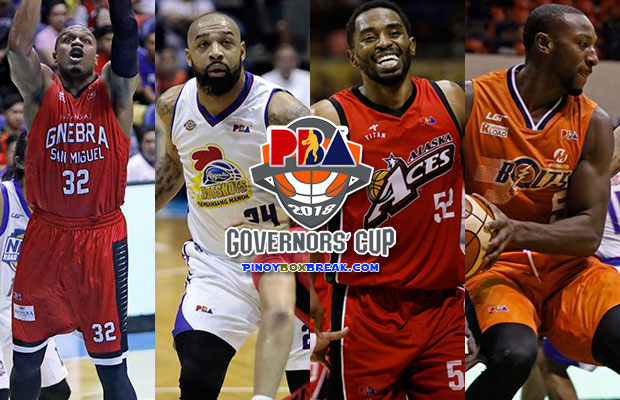 Earlier today, the Meralco Bolts survived its opponent which carries a twice-to-beat advantage and prove once again why they’re the back-to-back runner-up of the third conference.

The Bolts has completed its quarterfinals run by beating the Phoenix Fuel Masters as they defied the odds.

Magnolia Hotshots Pambansang Manok was the first team to enter the semis as they edged the Blackwater Elite. The Hotshots was a finalist during the 2017-18 PBA Philippine Cup but lost to the San Miguel Beermen.

Barangay Ginebra San Miguel is rolling this season. They have bagged the 2018 PBA Commissioner’s Cup title and now on its way to defend their crown. Justin Brownlee is also top import this conference and in the position to win the Best Import after leading Ginebra to first spot of the standings.

The Alaska Aces has avenged their earlier playoffs defeats against the San Miguel Beermen in the first round of the playoffs. Yet, their campaign is not yet over until they reached the Finals and win the trophy.