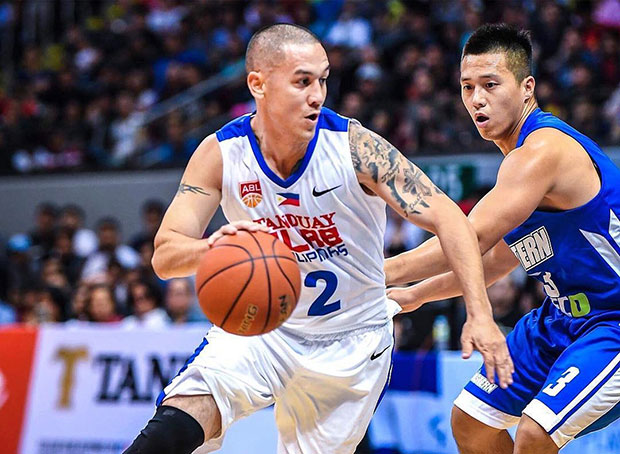 Urbiztondo scored 19 points off the bench where all of his score came from behind the three-point arc.

One of his highlights was when he knocked down a three-pointer plus a foul.

The man who is also known as the “Fireball” makes his teammates rediscover their long range skills as the entire team seems liken to shoot from downtown.

That might be one of the perks if your coach is Jimmy Alapag who himself is the reigning all-time three-point king in the PBA.

Though Alab don’t have the moniker called “Warriors” but in last night’s game they appear to be like the Golden State Warriors in the NBA.

Overall, the Philippine squad converted 16 three-pointers compared to only seven from the visiting squad.

One of the features of the Alab vs Wolf Warriors game is the match-up of their imports. Zhuhai brought Eddie Curry who played for the New York Knicks in late 2000s, same team where Renaldo Balkman played in his last few seasons in the NBA.

Chen Cai and Mike Bell led Zhuhai in scoring with their 20 points output.

Next game for Alab is on January 9, 2019 against the Westsports Malaysia Dragons.