Alab Pilipinas guard Ray Parks Jr., swished a crucial three-pointer in the overtime period to help his squad escape the surging CLS Knights Indonesia in front of their fans, 88-80.

The newly drafted player of Blackwater Elite in the PBA only scored 10 points in the game but the basket he made in OT is enough to deflate the offense of the home team.

Alab import Renaldo Balkman sealed the victory as he dropped eight points in the extra period. Perhaps the special one was that emphatic slam dunk at the 0:35 mark.

Balkman finished the game with a game-high of 36 points along with his 12 rebounds. PJ Ramos chipped in with 25 points and 11 boards.

Alab gave away its 18 points lead as the CLS Knights made its run which started in the third quarter.

Indonesia’s Maxie Esho went hot in the field especially from the three-point land. He gave his team the needed scoring fire power as he delivered 30 points.

The Knights was able to control the game as they mounted a seven-point advantage in the fourth quarter.

However, Alab was able to respond by answering a 12-5 run to tie the game at 69-all.

Then the game became a rollercoaster ride for both teams until the final buzzer of the fourth has sounded. The score was tied at 75-all as Wong Wei Long three-pointer was a miss.

In the extra period, Alab found its needed momentum in that Parks’ three pointer and then they’re on their way for their second victory.

Next game for Alab is on December 21 versus the Formosa Dreamers. 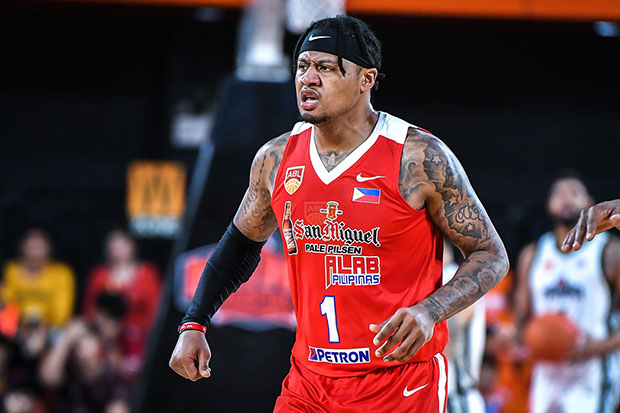