The Adamson University Soaring Falcons is scheduled for a head-to-head game against the Far Eastern University Tamaraws at 4:00 P.M. on November 18, 2018 live from the Mall of Asia Arena.

The Soaring Falcons are looking for a three-game winning streak and keep its winning momentum as they head to the Top Four match while the Tamaraws have the same thing in mind but in a crucial situation.

Earlier this season, the team of coach Olsen Racela is known as the giant slayer after beating Adamson and Ateneo Blue Eagles during their back-to-back games.

Now, they needed that character to stay alive in their contention for the semi-finals round.

“We know the consequence, the players knows it that’s why we’re going all out for this game to at least have a chance to fight for a spot in the semifinals,” said FEU coach Olsen Racela.

If the Tamaraws ended up successful this afternoon in their bid then there’ll be a knockout match against the DLSU Green Archers if they lose then it’s vacation time for them.

For coach Franz Pumaren and his Soaring Falcons, they already owned a twice-to-beat incentive against the number three seeded team which is the UP Fighting Maroons. 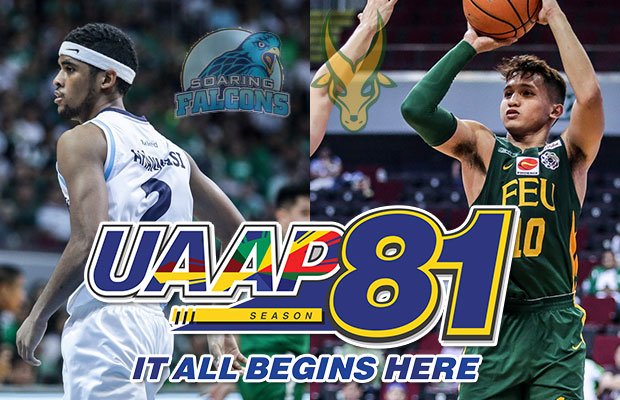 They can use their today’s game as a preparation for the semis since it’ll be a sure playoffs atmosphere.