The San Miguel Pale Pilsen Alab Pilipinas is scheduled for a head-to-head game against the Macau Black Bears at 6:00 P.M. on March 8, 2019 live from the Filoil Flying V Centre, San Juan, Philippines.

Alab Pilipinas are looking to avenge their lopsided loss against the Black Bears last February 27 and keep their unblemished home-court record when the 9th ASEAN Basketball League resume this evening in San Juan.

The Macau squad led as much as 31 points during their clash in University of Macau Sports Complex last month.

It was all Black Bears from the start of the quarter and the defending champion seems like they found their match in this current edition of ABL.

Filipino-American Mihael McKinney went unstoppable on that game as he exploded with 40 points while Anthony Tucker added 25 points along with 15 assists.

After their game against Alab, the Black Bears absorbed back-to-back defeats all from the Formosa Dreamers.

They recovered versus the Westports Malaysia Dragons in their most recent outing and wanted to bring that winning momentum here in the Philippines.

For coach Jimmy Alapag and his Alab Pilipinas squad, most probably they wanted to avoid that early scoring barrage from their opponent just what happen in Macau where they had difficulty on mounting a complete comeback.

With all of the Filipino basketball fans who will cheer the national squad in Filoil Flying V Centre and the absence of Anthony Tucker who is reported that won’t suit up in tonight’s game, the game is favored on the home team. 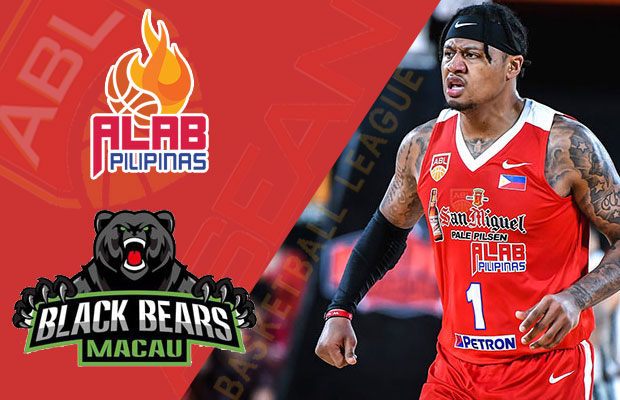