The San Miguel Pale Pilsen Alab Pilipinas is scheduled for a head-to-head game against the Singapore Slingers at 4:00 P.M. on March 3, 2019 live from the OCBC Arena, Singapore.

Alab Pilipinas wanted to avenge their perhaps worst defeat this season against the Macau Black Bears during their last outing.

The Slingers on the other hand are eyeing for their five wins in a row under their roof when the 9th ASEAN Basketball League resume this afternoon in Singapore.

Renaldo Balkman scored 33 points, grabbed 11 rebounds and dished out five assists in that Macau game but his stats weren’t enough to continue their domination in current season of ABL.

The hot shooting of Black Bear’s guard Mikhael McKinney who dropped 40 points probably the difference of that match.

His stellar performance was backed up by Anthony Tucker who added 25 points.

Alab’s head coach Jimmy Alapag is most likely wanted to avoid another early blowout from their opponent especially playing on the road. 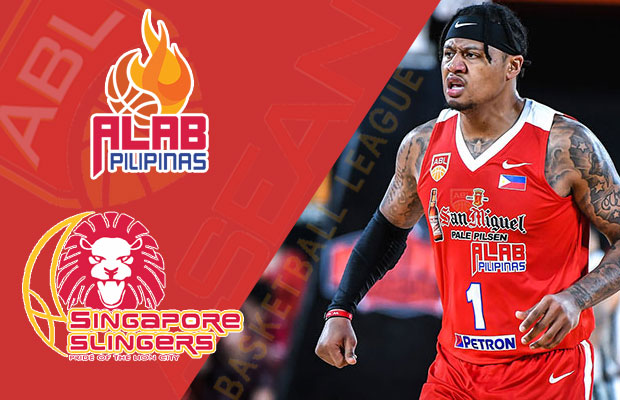