The San Miguel Pale Pilsen Alab Pilipinas is scheduled for a head-to-head game against the Taiwan Formosa Dreamers at 8:00 P.M. on December 21, 2018 live from the Sta. Rosa Multi-Purpose Complex, Laguna.

Alab Pilipinas is looking to make three-game winning streak while the Dreamers wanted to avenge their earlier loss against the Mono Vampire when ABL resumes tonight in Sta. Rosa.

Philippines representative in ASEAN Basketball League seems have no problem logging victories at the start of their title defense campaign.

Their first two games was against the Indonesia CLS Knights and they swept all of the matches and now have a 2-0 slate.

The first encounter between the two clubs was held in the Philippines where Alab wins via a blowout, 94-67.

The second clash took place in Indonesia where the home team made adjustment and gave the defending champion a scare as they pushed the game to an overtime. Still Alab went victorious as CLS Knights run out of gas later in the game, 88-80.

Renaldo Balkman and PJ Ramos were the main-men of the Philippine team on those first two outings.

Tonight, they will be tested of one of the leading teams of this year’s ABL tournament, the Formosa Dreamers.

Formosa was 6-0 prior to their defeat versus last year’s runner-up, the Thailand Mono Vampire.

It’s expected that the visiting team will do its best to avoid a two-game slide and wanted to return to winning tracks ASAP. 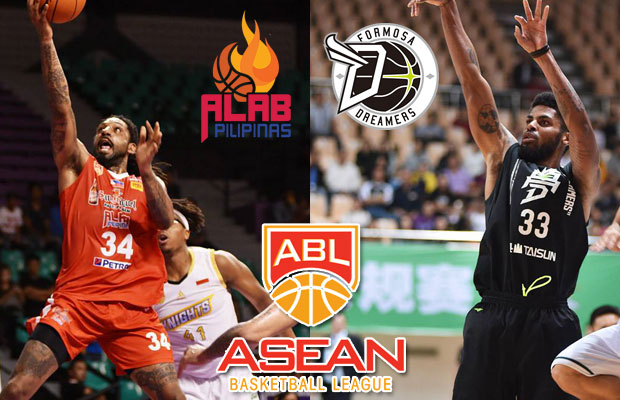 It’s still early to say but tonight’s game could be a preview of this year’s Finals.