Below is the Alaska Aces roster who will suit up for the 2019 PBA Philippine Cup. 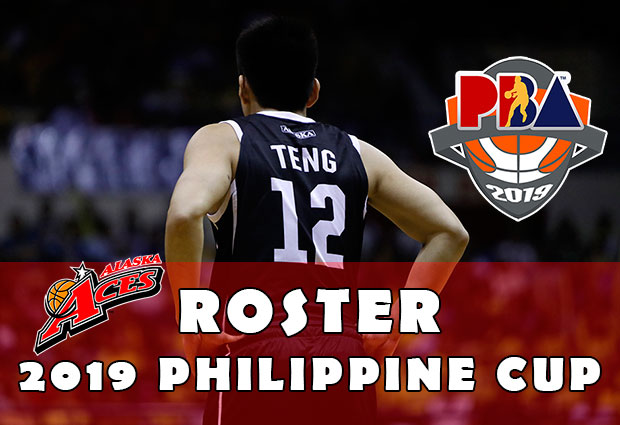 The Aces finished third after the eliminations round in the 2017-18 PBA Philippine Cup. However, they were get eliminated by the NLEX Road Warriors in the quarterfinals.

The Aces gave up their twice-to-win advantage against Kiefer Ravena and the Road Warriors.

Last season, it was the breakout year of the “Muscleman” Vic Manuel. The undersized power forward went unstoppable from inside and outside.

Minus the three-pointers, he was the reminiscent of PBA legend Nelson Asaytono who loves to have a hang-time while yoyoing the basketball using his one hand.

That might be one of the skills Danny Ildefonso taught him who played with Asaytono in the late 90s.

One of the issues that coach Alex Compton may face this first conference is the scoring void left by Calvin Abueva.

Alaska’s Abueva-less effect wasn’t really felt last conference as they had their import who filled-in the scoring shoes of Abueva.

This might be the time for second-year man Jeron Teng to showcase his skills in order for him to shine.