The Alaska Aces is scheduled for a head-to-head game against the Blackwater Elite at 6:45 P.M. on October 21, 2018 live from the Smart Araneta Coliseum.

The Aces are looking for a back-to-back victories and solidify its top four bid while the Elite wanted to renew their winning momentum which they have started this 2018 PBA Governors’ Cup.

Blackwater will be coming-in the game fresh from its ten-day break. Hopefully it will be enough for coach Bong Ramos squad to re-group after their blowout loss against the Magnolia Hotshots Pambansang Manok, 99-133.

Probably the Elite is no longer used on getting losses as several players seen frustrated as they’re unable to match the intensity thrown to them by the Hotshots. Blackwater import Henry Walker was thrown out from the game for technical fouls and even their team manager Joel Co got whistled with his own “T”.

For Alaska Aces head coach Alex Compton, he is not satisfied the way his squad played against the lowly Columbian Dyip.

“We won the game, but I’m really unhappy the way we played,” said Compton. “I think we’re a stronger team than Columbian, but I don’t think that we played the way we were supposed to.”

Both teams are currently tied in the standings having a 6-2 slate and still covered in the Top Four which carries a twice-to-beat advantage in the quarterfinals. 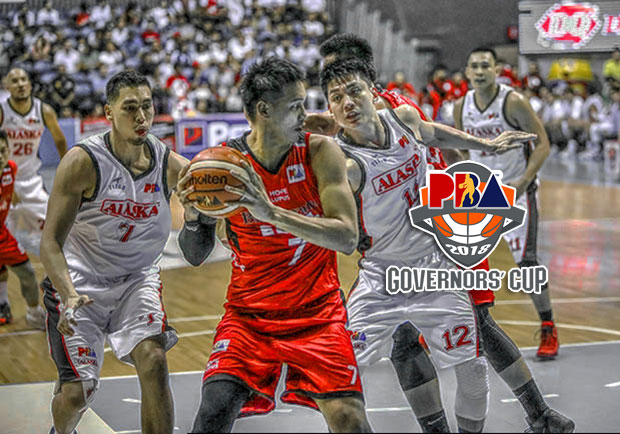 After the game, one team will go up and stay within the top four while the other will join the congested middle pack teams.