The Alaska Aces is scheduled for a best-of-seven finals Game 6 against the Magnolia Hotshots Pambansang Manok at 7:00 P.M. on December 19, 2018 live from the Ynares Center-Antipolo.

The Hotshots are on their way breaking their four-year championship drought as the finals trophy is just a game away for them. Yet, the Aces will be on their all-out-war mode just to extend the series to a sudden death on Friday.

Paul Lee’s dagger jumper in Game 5 made the big difference as his team is now leading in the series 3-2.

Seems like he made sure that Alaska head coach Alex Compton remember his game winning shot back in the Game 2 of the 2016 PBA Commissioner’s Cup while he was with the Rain or Shine Elasto Painters.

“He hit a buzzer-beater from almost the same spot,” Compton said.

The veteran head coach who also seeking his first championship with Alaska throw some joke on how to stop Lee next time from making the same epic jump shot.

“I may have to put something slippery on the floor there for the endgame with Paul,” Compton said with a smile.

Apart from his crucial basket, Lee was also active in cleaning the boards, a category where he’s not always that spectacular. The player who is also known as the “Ang Angas ng Tondo” pulled ten rebounds last Friday in the Big Dome.

Although Magnolia have the series lead but the pressure of closing out the series is one of the difficult things to do. Coach Chito Victolero admitted this and motivated his squad to consider their Game 6 schedule as one of their do-or-die matches. 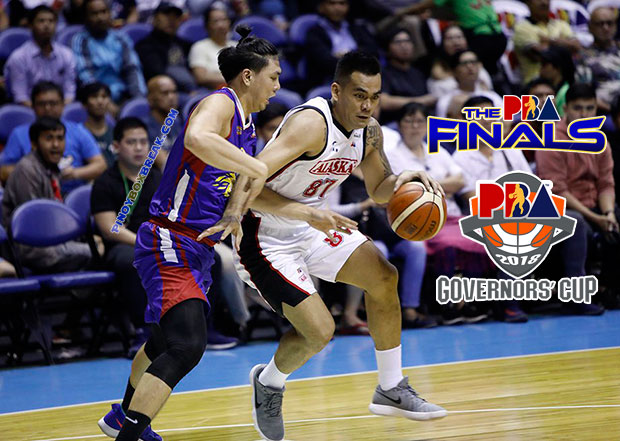 “So our approach is the same from the beginning of the series. We’ll treat the game as a knockout game,” he added.