The Alaska Aces is scheduled for a best-of-seven finals Game 3 against the Magnolia Hotshots Pambansang Manok at 6:30 P.M. on December 9, 2018 live from the Ynares Center, Antipolo.

The Hotshots are now up 2-0 but most likely they wanted to put more pressure to the Aces by winning another one to keep them closer to another championship trophy.

Magnolia’s import Romeo Travis will be back at the Ynares Center this evening and will try to lead his team to another victory. The last time he was here playing was during their semi-finals bout versus the Barangay Ginebra San Miguel.

Last November 16, Travis dropped 50 points and grabbed 13 rebounds but most importantly, the ticket going to the 2018 PBA Governors’ Cup Finals.

Although his team is leading in the series, streak shooter Paul Lee still thinks that their match still far from over. Lee who have several experiences playing in a championship game, he admits that this one is much tougher.

For the Aces on the other hand, Mike Harris thinks that a win in the series especially tonight will change the fortune of his squad.

“All we need to do is win one. It changes the whole thing,” said the 35-years-old Harris. “We can’t get down on ourselves. I’m not down on myself. I’ve been in this before. I like the situation. This is a pressure situation,” he added.

Both team like to play pressure defense especially from the back-court but so far it appears that the Hotshots are winning in that department.

Alaska turned the ball over 25 times in Game 1 and 26 time in Game 2. This is one of the areas that Aces head coach Alex Compton wanted to improve. 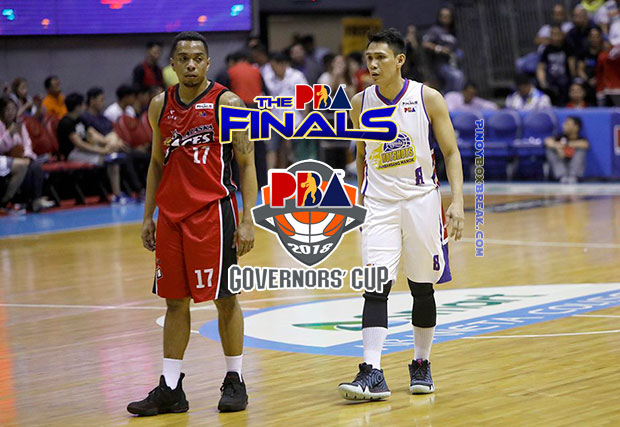 “Getting 25, 26 turnovers, I think that’s the prime story of the first two games of the series,” said the Alaska mentor. “If we turn the ball over 26 times, that’s just huge.”