The Alaska Aces is scheduled for a head-to-head semi-finals game against the Meralco Bolts at 6:30 P.M. on November 11, 2018 live from the Ynares Center-Antipolo.

The Bolts and the Aces will start its semi-finals bout this evening in Antipolo.

At the start of the conference, Meralco import Allen Duham admitted that he’s not a 100% game shape as he did not played competitive basketball since the 2017 PBA Governors’ Cup.

In their early goings, the Bolts indeed struggled both in the first half of the third conference tournament and even in the 2018 FIBA Asia Champions Cup.

Meralco had a 1-6 start and on the verge of getting eliminated if they lose another game. To make the matter worse, Bolts key players like Jared Dillenger and Ranidel de Ocampo got sidelined due to injuries.

With that challenge in front of them, coach Norman Black and his entire Meralco Bolts took it in a positive way and refused to get eliminated considering they’re one of the contenders this year’s season-ending tourney.

Meralco picked up one game at a time and all of the sudden they’re now back in the semis. In their quarterfinals round against the Phoenix Fuel Masters, Meralco was success on defying the odds as they disposed a team that carries a twice-to-beat advantage.

“It’s the desire of the players to continue winning. This conference, we’ve done well in the last two years with Allen. It would be pretty bad to get eliminated immediately. That’s why the body is fighting. We know we have a good import and all we need to do is to support him and give ourselves a chance of winning,” said Black.

Alaska head coach Alex Compton was present in that Phoenix-vs-Meralco knockout game to scout their next opponent. 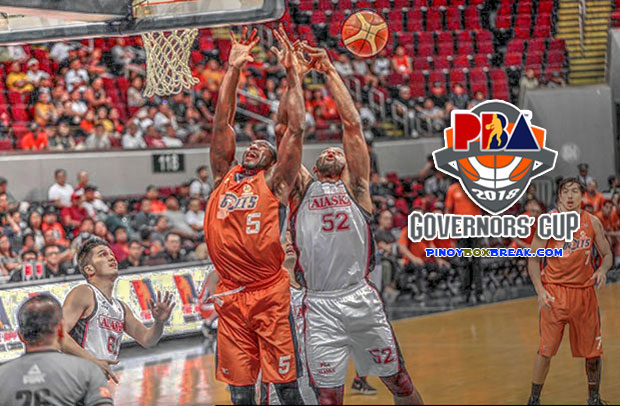 “I have the highest respect for coach Norman, Meralco, Allen Durham and how hard they are playing. I was so impressed watching them play. I know we have a real battle on our hands in this series,” said Alaska coach Alex Compton.