The Alaska Aces is scheduled for a best-of-three quarterfinals match against the Phoenix Pulse Fuel Masters. Game 1 is at 6:45 P.M. on April 7, 2019 live from the Mall of Asia Arena.

It’s a typical David vs Goliath showdown in tonight’s PBA main event. The eighth seeded Aces will try to putdown the mighty number one seeded Fuel Masters and extend their presence in the tourney.

Now we know the real reason why the entire teammates of Rey Guevarra were all present during that All-Star Slam Dunk Contest in Pangasinan. Coach Louie Alas continued to held team practices in Dagupan in preparation for the playoffs.

The Fuel Masters are most likely don’t want to make a repeat of what happened in the last 2018 PBA Governors’ Cup.

They’re also in a similar situation where they hold a win-once advantage but lost twice to the Meralco Bolts.

The last time Phoenix played an official game was last March 16 in Panabo City where they made a statement that really indeed they’re a real deal after beating the defending champion, the San Miguel Beermen.

Fuel Masters mentor sees that the long break has a positive and negative effect for his team.

“The break allows our players to heal their injuries, but our dilemma is rustiness. That’s why we continued to practice even in this All-Star Weekend. Ayokong matengga ang team,” said Alas.

Alaska on the other hand looks like they were already out of the playoffs picture few days before the elimination round ends.

However the inability of NLEX Road Warriors to secure more victories gave them a chance to emerge from the ninth spot of the standings.

Aces head coach will be facing former allies who are now playing in the opposite side of the bench.

Phoenix head coach Louie Alas, Topex Robinson and forward Calvin Abueva are among the few former Aces. Familiarity with one another will play as major role in tonight’s showdown. 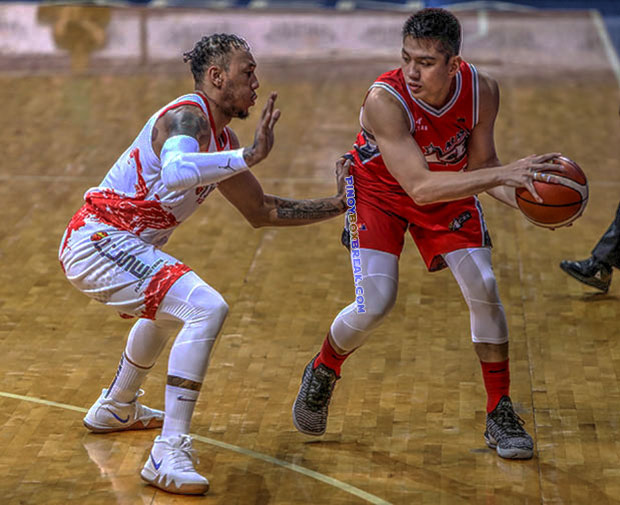