Allan Caidic Still Got His Touches From The Three Point Land, Scored 142 Points In Ilocos Sur

The “Triggerman” only needed two quarters to achieve that feat. He sank nine treys in the opening quarter and in the final period a whooping 37 converted three-pointers.

The 55-year-old PBA legend seems like that initially has no plan on swishing that many treys in their exhibition game against mayors and vice-mayors of Ilocos Sur. However, he was challenged by his former colleagues in the PBA to do so.

Well it appears that he took that challenge and broke his own record like without breaking a sweat.

Caidic currently holds the most three-pointer made in just a game in the Philippines Basketball Association where he made 17. After 27 years, that record still a formidable.

Way back in 2010 when several NBA retired superstars visited the Philippines and played our PBA legends, Caidic’s shooting abilities didn’t passed the eyes of another sharpshooter Glen Rice. 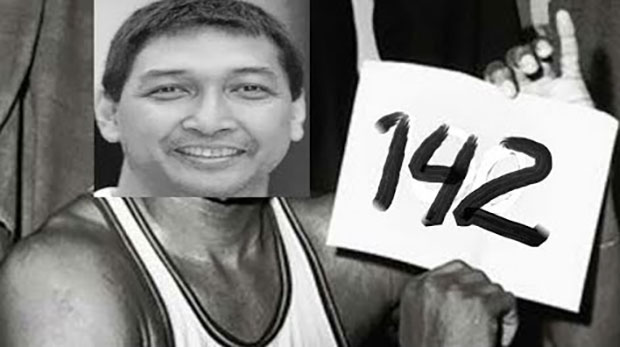 In that game, Caidic entertained not only the crowds but also their opponent where he delivered 14 three-point bombs and scored 54 points.