Another Roster Shake-Up Brewing In NLEX?

It seems like there’ll be another roster shake-up soon to happen in NLEX Road Warriors. 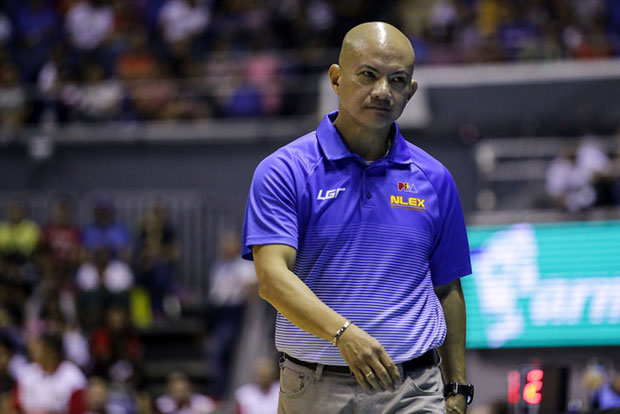 Coach Yeng Guiao gave this hint to media after his team absorbed another defeat yesterday against the Phoenix Pulse Masters.

With Kiefer Ravena sat out almost half of the 43rd PBA season due league suspension and Kevin Alas also got sidelined due to his injury, coach Yeng believes that he already gave ample amount of time for his remaining players to step-up.

Most notably in his guard rotation.

“It’s no longer a question of adjustment,” Guiao said. “Matagal nang wala si Kevin, matagal nang wala si Kiefer, siguro we’re just going to have to draw the best out of our guards we have right now, or look for guard who can handle yung ganung situations outside of the team.”

This season, Alas suffered the same injury which he went through last year and coach Guiao seems like he’s looking an immediate replacement who can deliver consistent productions while they’re waiting for their original backcourts to return.

“I think our guards now have been given that chance and opportunity dahil halos isang taon wala si Kevin, si Kiefer halos eight months na rin yata, so that’s enough time for them to step up.”

“So I’m actually disappointed of them not being able to step up consistently. Nagiistep-up naman sila, meron silang magagandang laro, but I think what we need is some consistency and we cannot find that consistency with our guards, within the team. Maybe we should look somewhere else.”

NLEX currently sits at the ninth spot of the 2019 PBA Philippine Cup standings.

Early this year, they have traded their first round rookies and Michael Miranda only to sign JP Erram.