Arnold Van Opstal Soon To Be A KaTropa?

Former DLSU Green Archers center Arnold Van Opstal is being rumored to be a KaTropa this conference. 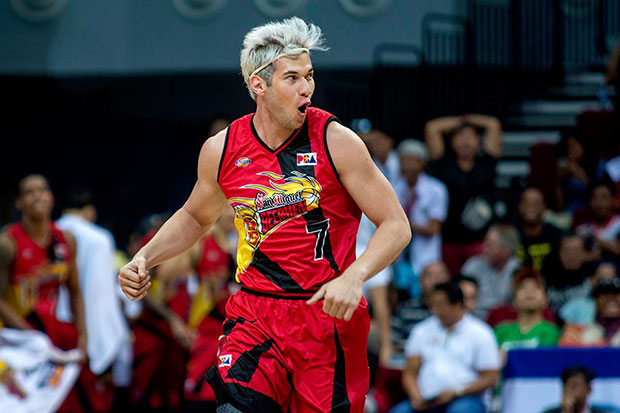 During the game of Talk ‘N Text against the Barangay Ginebra San Miguel in Philippine Arena, Van Opstal was seen sitting behind the bench of TNT.

Without Troy Rosario and Yousef Taha who are currently sideline due to their respective injuries, his 6-foot-9 structure can be useful to coach Bong Ravena and Mark Dickel.

He was asked by the media with regards to his playing status whether he will join or is now part of the KaTropa.

“Maybe you can interview me in a couple of weeks. I don’t want to talk about it now,” he said

Yet, Van Opstal admitted that he’s looking to make a PBA comeback.

Arnold Van Opstal is a former Gilas cadet who was selected by the San Miguel Beermen in 2016 via a special draft. His stint with the Beermen was mostly as a practice partner of June Mar Fajardo but was seldom used in an official game.

He was later traded to GlobalPort (now NorthPort) Batang Pier for shooter Von Pessumal but even with his new team, his playing minutes still not increased.

“Maybe like in a week to be clear, because right now, I don’t know anything really,” Van Opstal added.