The Ateneo de Manila University Blue Eagles is scheduled for a head-to-head semis game against the San Beda University Red Lions at 3:00 P.M. on January 26, 2019 live from the Ynares Sports Arena, Pasig.

The Blue Eagles were successful on pushing their best-of-three series to Game 3 as they survived the hugry Red Lions in their last duel.

Ateneo’s coach Tab Baldwin started the game with only five available players in his bench.

At the first look, it’s like an easy opponent the opposing coach can instruct his players to make them run to empty their tank when the fourth quarter arrives.

Yet, the Blue Eagles used it as an added motivation and prove to everyone that their squad is not all Thirdy Ravena or Angelo Kouame.

One of the Blue Eagles who stepped up his game was Isaac Go. The 6’7 center demonstrated once again how deadly he is especially from the three-point territory.

Go scored 28 points as he shoots 7-of-12 from behind the three-point arc.

“This is actually the first time I’m seeing the team,” said coach Tab Baldwin. “And I thought they played very well amidst the circumstances and having no preparation.” 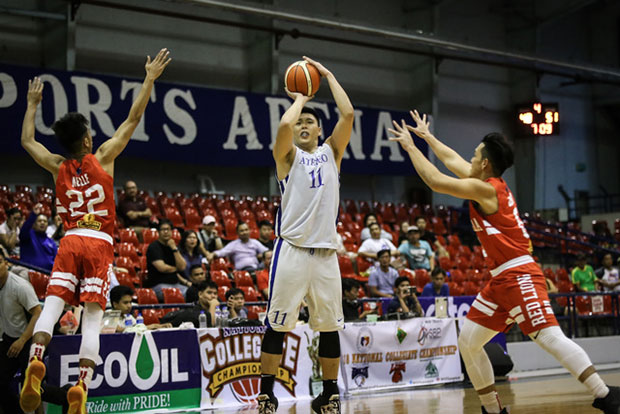 James Kweku-Teye led the Red Lions in scoring in Game 2 with his 24 points while Clint Doliguez added 14 markers.