Below is the Barangay Ginebra San Miguel roster who will suit up for the 2019 PBA Philippine Cup. 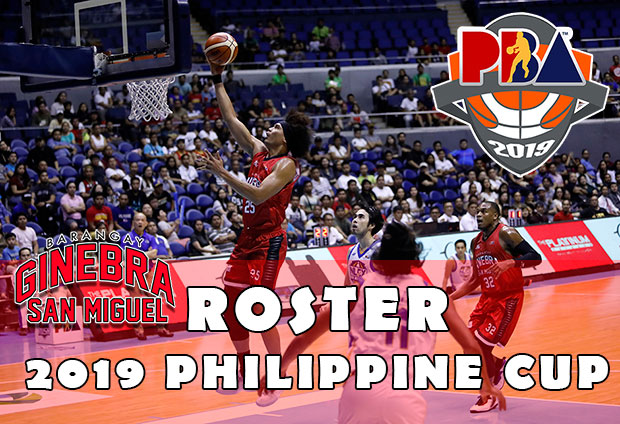 One team that can truly match-up the height and the speed of the Beermen is no doubt, that’s the Gin Kings.

They have Greg Slaughter for June Mar Fajardo, they have Japeth Aguilar for Christian Standhardinger and the Barangay have Scottie Thompson, Sol Mercado and LA Tenorio to counter the SMB guards.

The Gin Kings may have not added glittering stars in their roster at least at the start of the 2019 PBA Philippine Cup but their core is still intact.

Which also means that the team chemistry they have developed through they years will play a major role in their 44th PBA season campaign.

Aguilar is currently one of the finalists for the 2018 Most Valuable Player award while Thompson was named as the 2018 PBA Commissioner’s Cup Finals Best Player.

Thompson was also named as one of the players in the Gilas Pilipinas squad. His experience in the international game will help him elevate his game to another level.