Baser Amer Speak-Out With Regards To The Trade Rumors

Meralco Bolts ace guard Baser Amer speak-out about the trade rumors which concerning him and a top rookie pick of this year’s draft class. 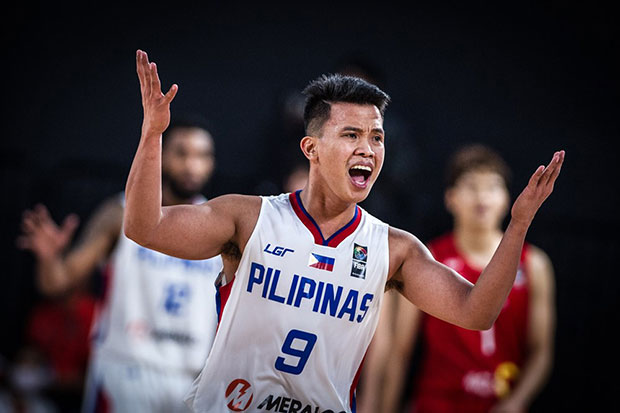 Amer was reported earlier that he will be packaged in order for the Meralco Bolts can acquire the two-time ASEAN Basketball League local MVP Bobby “Ray Ray” Parks Jr., from the Blackwater Elite. Parks Jr., is the the second overall pick of the 2018 PBA Rookie Draft.

As this speculation still floating in the PBA atmosphere, Amer is focusing his attention to improve his game and be ready for the upcoming 44th PBA season.

Baser’s performance in the PBA was noticeably improved back in the 2017 PBA Commissioner’s Cup and then later on this same year he was tapped to join the Gilas Pilipinas squad to represent the country for the 2017 Southeast Asian Games where they took home the gold medal.

During the 2017 PBA Leo Awards, the pride of Davao City was one of the runner-ups for the Most Improved Player of the Year.

If the trade will get its approval from the PBA Commissioner’s office and he will be sent to the KaTropa camp, Amer is ecstatic to tandem with the Asia’s best point guard, Jayson Castro.

Yet, for now while the trade talk still shrouded with clouds, the former San Beda Red Lions point guard continue to commit himself to the Meralco Bolts.