Brace Yourself Silay City, JP Calvo Will Soon Be In The PBA

Silay City born John Paul Calvo is joining the 2018 PBA Draft and he’s one of the 48 hopeful applicants. 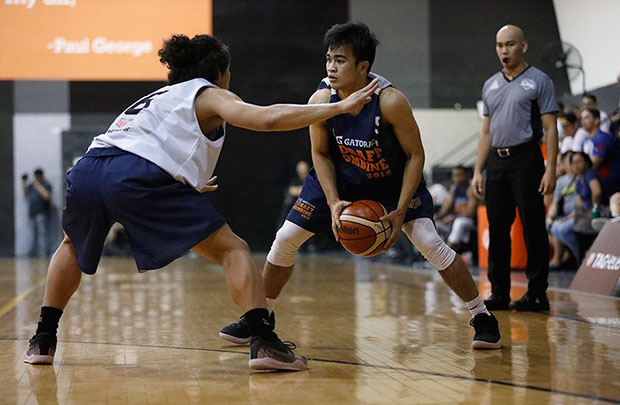 This year’s draft is loaded with high caliber guards. Names like Robert Bolick, CJ Perez and Bobby Ray Parks Jr., are just the few shining gems in the list and was reported as a sure Top Three picks.

In order for him to get the attention of the coaches and scouts who were present during the 2018 Gatorade PBA Draft Combine, JP Calvo unleashed his best performance.

He was named as the MVP of the pre-draft competition where he scored a game-high of 23 points.

“I didn’t expect that I would perform this way, maybe Lord just gave me this one,” said Calvo in Filipino. “But I really prepared for this so I could make sure that I will play well.”

Most of the PBA teams are looking for a front-court in the upcoming draft but one team who is vocal on drafting a guard especially in the second round is the Blackwater Elite.

Though he lack that ideal ceiling which most ball-clubs are after, the former Letran Knights is confident that he’s ready to go pro.