The Ceres-Negros FC is scheduled for a head-to-head game against Yangon United at 7:00 P.M. (PHI time) on February 5, 2019 live from the Panaad Stadium, Bacolod City, Philippines.

Ceres versus Yangon 2nd Half

Ceres-FC is about to start their football campaign this 2019 and immediately they’ll be facing a challenge.

That is to survive a knockout game against Myanmar’s Yangon United.

Yet, Ceres has an advantage as the match is scheduled in their home-court in the Panaad Stadium in Bacolod City and football fans are expected to flock the place since today is a holiday, it’s Chinese New Year.

Their tonight’s clash will be a rematch of last year’s semi-final round of the AFC Cup ASEAN Zone where Ceres won the two-leg showdown.

“A new experience, a new year. We are going 100 percent, I hope everything will go well,” Ceres-Negros head coach Risto Vidakovic said.

Yangon on the other hand is hopeful that they’ll be able to overcome the rejuvenated home team.

“Ceres is a very good team, we know. (But) in the semi-finals, (they) won one time, we won one time. We’re equal. On Tuesday, we will give fans a very good football entertainment,” the Yangon United manager said.

The Ceres-Negros versus Yangon United can be watched live in the Philippines via the 5PLUS Channel (formerly Aksyon TV) which can be found on Free TV Ch. 41, Cignal Ch. 15, Sky Ch. 59, and TV Plus Ch. 30). The match will also be streamed live at the ESPN5.com (Philippines only). 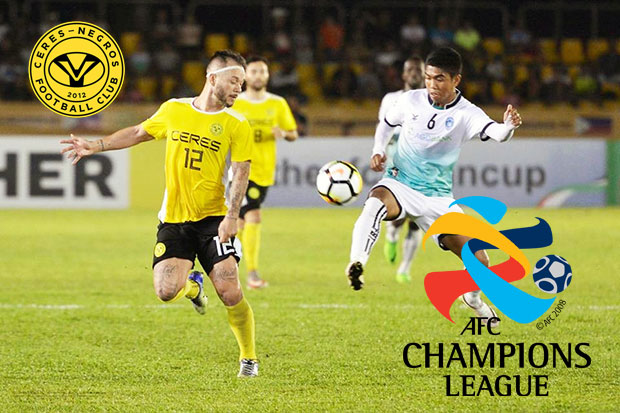