Charlie Lozada Got A New Girlfriend? What About Sheerlyn?

Charlie Lozada the husband of the OFW Sheerlyn Gerasta who worked in Riyadh was seen chatting with his rumored new girlfriend? 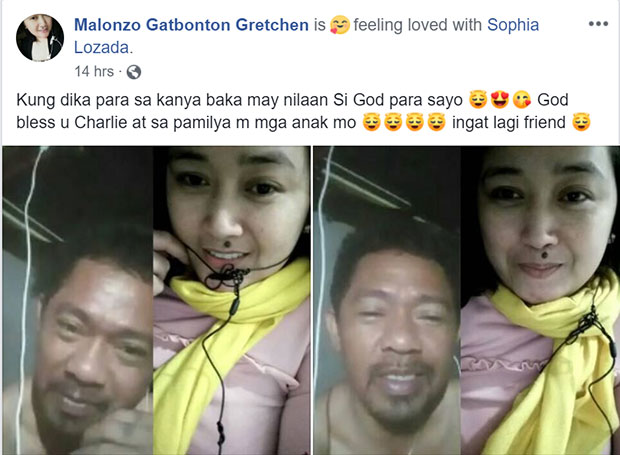 Currently there’s a picture spreading online most especially in the social media where Charlie is happily having a video call with another woman.

According to the rumor, the third party lady is also an OFW and her name is Gretchen Gatbonbon Malonzo. She is also working in Saudi Arabia the same country where Sheerlyn was working before she got deported.

Though Gretchen says that she and Charlie are only friends but many netizens thinks that it’s more than that.

If that is true then it’s only a matter of time that their story will soon again be featured in Wanted sa Radyo.

In her post in facebook she mentioned that her only mistake is that he helped someone to be happy even she’s not related to that person. 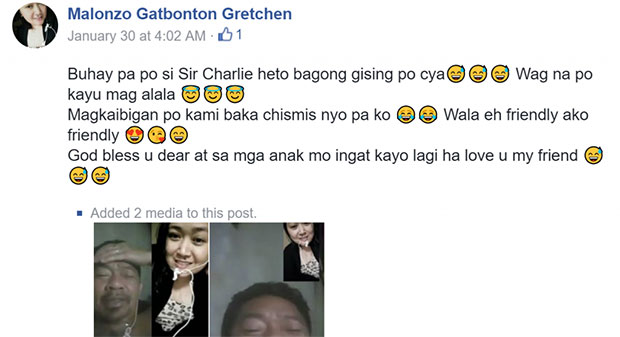 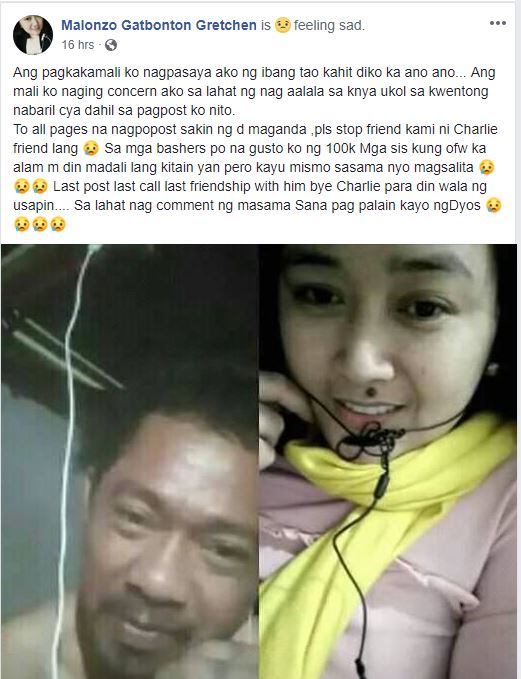