Classes for both public and private schools will be suspended in select areas on Monday, January 21 due to tropical depression Amang. 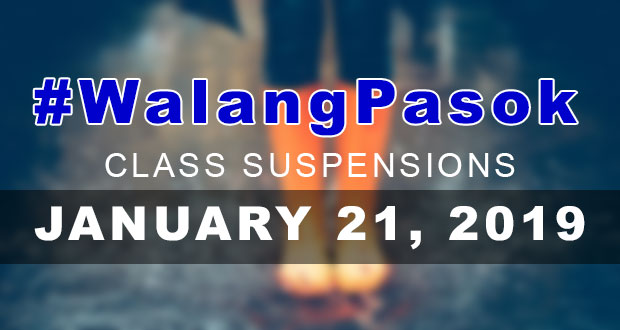 Here are the areas declared by their respective local government units where classes are suspended:

PAGASA advised those residents who are living on the mentioned areas to be extra careful as floods and landslide may occur.

It is expected that Amang will make its landfall on Sunday afternoon or in evening according to the weather agency.