Below is the Columbian Dyip roster who will suit up for the 2019 PBA Philippine Cup. 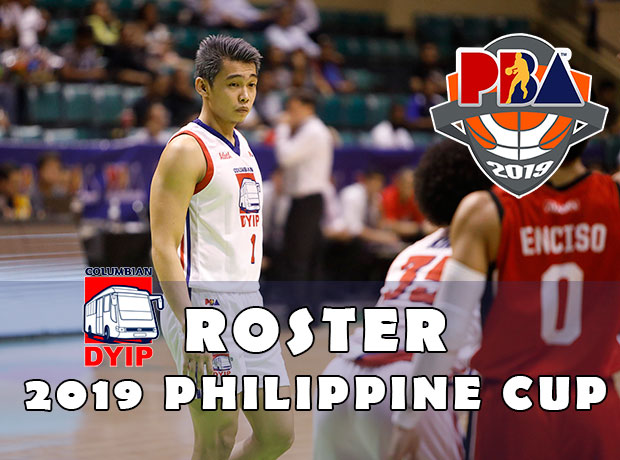 In the last 2017-18 PBA Philippine Cup, the Dyip only logged one victory after their improved 2017 PBA Governors’ Cup campaign.

That forgetful last year’s All-Filipino conference leads to the resignation of their head coach, Chris Gavina.

Without a franchise player type in the team, Columbian finds difficult to log victories. They had the chance to land the Fil-German player, Christian Standahardinger from the 2017 PBA Draft but the franchise decided to trade their first pick rights to San Miguel for three seldom used players and a future pick.

This season, Columbian kept their top overall pick, CJ Perez and might be the start for them to build their squad around him.

Perez helps the Lyceum Pirates reached the Finals last NCAA Season 94. His type of game is similar to Calvin Abueva that’s why he got that nickname the “Baby Beast”.

Though they have acquired of the best rookies from the 2018 PBA Draft but the need of additional big-man should be one of their considerations in order for them to stop teams that has players with height at least at 6-foot-10.