The family of ABS-CBN’s kapamilya actress Ms. Dawn Zulueta was allegedly got threatened for assisting the vice presidential bid of Senator Ferdinand “Bongbong” Marcos in the previous May 2016 election. 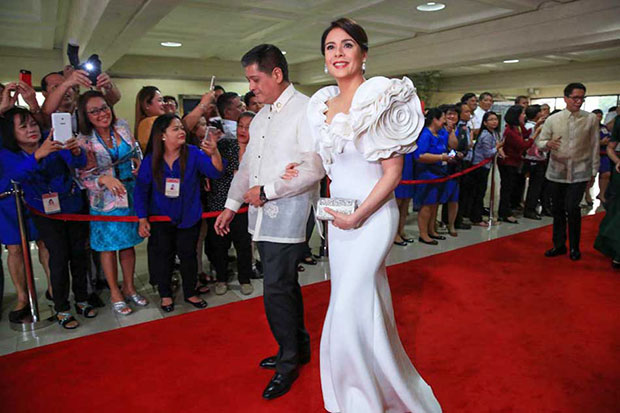 Based on Philstar report, Zulueta’s spouse and Davao del Norte Congressman Antonio Lagdameo is requesting the National Bureau of Investigation (NBI) for safety for his family members right after the alleged threats.

In the letter authored by his lawyer Rudolf Philip Jurado to the NBI, Lagdameo is likewise requesting “kind assistance in protecting (Lagdameo) and in uncovering the identity or identities of the person or persons behind these threats.”

The record said that Lagadameo have been getting threats last May 16. The Congressman furthermore gotten yet another message on May 26, stating that Dawn Zulueta was being stalked by four individuals.

Yet another person even tried to grab their boy Jacob on June 22, however the security companions foiled the attempt.

During an interview with ABS-CBN News, Rudolf Philip Jurado verified the report, adding that messages are now being investigated by the respective authorities.

Lagadameo as well as Zulueta are regarded as followers of Bongbong Marcos during the 2016 election campaign. The “Love Me Tomorrow” actress in fact published a number of pictures with the son of late Philippine dictator Ferdinand Marcos on her Instagram account.