The 12-man lineup of Gilas Pilipinas that will face team Kazkhstan in 2019 FIBA World Cup Asian Qualifiers is finally revealed. 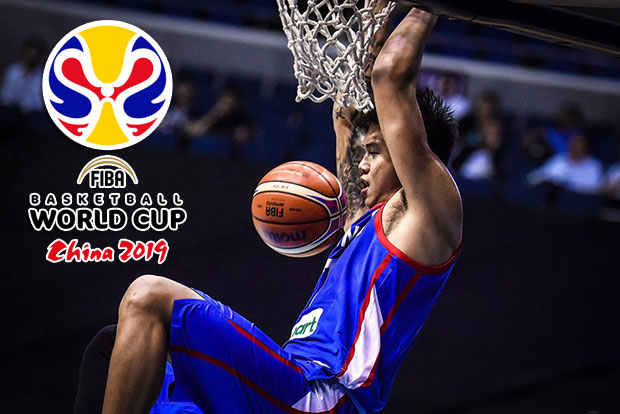 Coach Yeng Guiao has presented his hand picked players that will represent the country in the fifth window of the qualifiers.

Seven players from the San Miguel group were choosen, two from the Rain or Shine Elasto Painters and then one each player from the Blackwater Elite, Phoenix Petroleum Fuel Masters and NorthPort Batang Pier.

Greg Slaughter, Japeth Aguilar, Scottie Thompson and LA Tenorio the four headed monster of Barangay Ginebra will be in the Mall of Asia Arena this November 30. Apart from their presence in the court, for sure the die-hard fans of Ginebra which is also known as their sixth man will flood MOA along with their thunderous cheers.

Four-time PBA MVP June Mar Fajardo along with his Beermen teammates Alex Cabagnot and Marcio Lassiter will bring their talents on the said FIBA game schedule. With them are from Elasto Painters Beau Belga and Gabe Norwood. These two players from ROS are definitely for defensive purpose, Norwood as usual, he’ll be put against the forward or guard of the opposing team while Belga will keep the legs of Fajardo and Slaughter fresh plus his deadly three-pointer that will pull their opponent’s big-man away from the paint.

Then there’s Matthew Wright, JP Erram and Stanley Pringle to complete the cast. Pringle will take the naturalized player role for Guiao’s team.

For the first time in this FIBA qualifying round, Gilas Pilipinas will play without Andray Blatche and it will be a players with Filipino blood.

Here is the complete list of Gilas Pilipinas roster vs Kazakhstan: