Here is the list of Gilas Pilipinas 14-man pool for the upcoming sixth window of the 2019 FIBA World Cup Asian Qualifiers.

The last two outings of the national team didn’t ended with a victory and now Gilas is in a virtual must win situation to improve its chance to qualify to the 2019 FIBA World Cup.

To intensify the hopes of winning the last two scheduled games, coach Yeng Guiao and the Samahang Basketbol ng Pilipinas recalled the service of Andray Blatche who is the original naturalized player of the team.

Blatche now have the green lights from FIBA after serving his suspension.

Mark Barroca part of the Gilas Pilipinas 1.0 will be returning to an international basketball competition.

The “Coffee Prince” is still fresh from winning a championship and was named as the 2018 PBA Governors’ Cup Finals MVP.

Roger Ray Pogoy will also make his return to the squad. He was part of that trigger point where Gilas and the Australian squad had a scuffle in Philippine Arena last July.

Raymond Almazan who had an issue with his PBA team and made AWOL but later it was settled and promised to make-up those lost times. He will be also returning to the lineup of Gilas.

Christian Standhardinger was part of the list but will serve as a back-up naturalized player.

Troy Rosario who reported earlier that he may skip the last two outings of the national team also got short-listed. 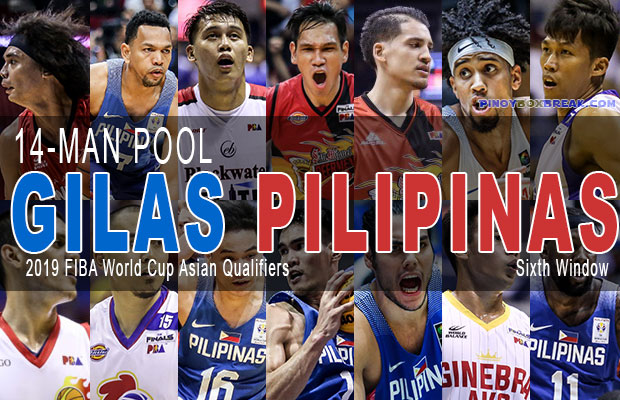 Gilas Pilipinas is scheduled to play team Qatar on February 21 then on the last day of the Asian Qualifiers, they will face team Kazakhstan.

All games will be played on Gilas opponent’s home floor.