Though they’re hard to find in Kazakhstan but the Gilas faithfuls came on time to support the national squad as they bid for a spot in the 2019 FIBA World Cup. 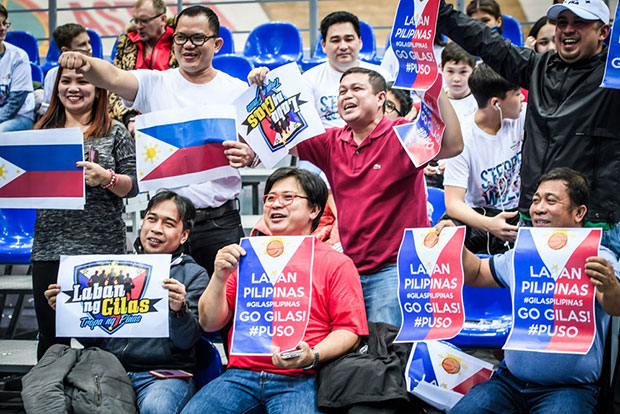 That sixth man is of course are the Filipino fans who are majority of them are OFWs scattered around the globe.

Basketball commentator and currently with the Gilas as a correspondent posted a tweet that they have finally found them.

Though they’re are not as massive as the Pinoy power crowd who came for the Gilas vs Qatar match few days ago but their chants and cheers were enough to boost the team’s morale.

Gilas has now secured a ticket for the 2019 FIBA World Cup after they finished as the fourth best team of Group E and F of the Asian Qualifiers.