Here is the live score and the result of the Gilas Pilipinas vs Kazakhstan game scheduled on February 24, 2019 (Sunday) for the 2019 FIBA World Cup Asian Qualifiers – Sixth Window. 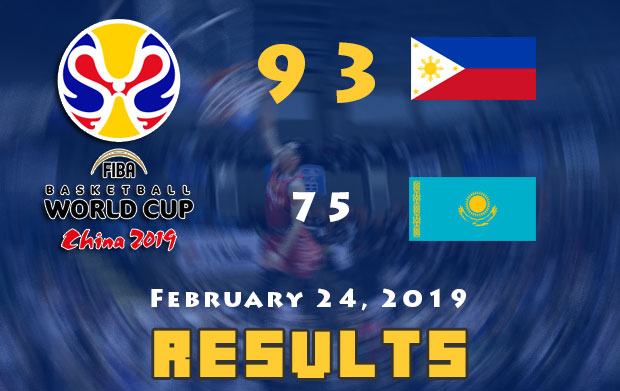 Now it’s time to secure another victory in the home-floor of the Steppe Wolves.

In their last head-to-head match, the Kazakhs squad surprised team Pilipinas with their outside game led by their veteran big-man Alexander Zhigulin who scored 30 points.

Apart from him, there’s a new name in the block that Gilas must stop or at least his scoring and that’s their naturalized player Anthony Clemmons.

Clemmons was the team Kazakhstan leading scorer in their most recent outing, that’s versus the Australian Boomers.

Gilas on the other hand will parade their go-to-guy Andray Blatche. Many believed that the former Washington Wizards forward was the missing piece in that November 30 duel.