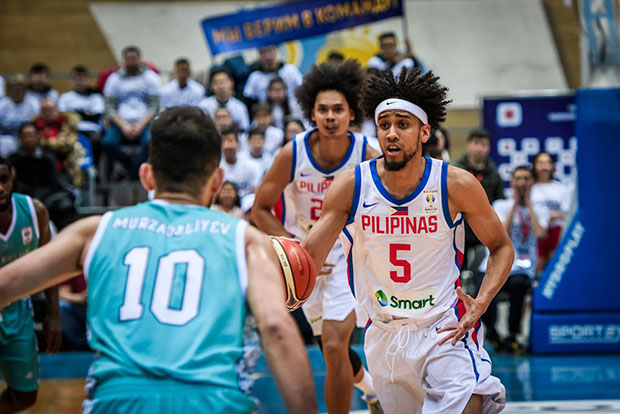 That is after they have avenged their home-court loss against the team Kazakhstan in Republican Velodrome Saryarka.

Team Pilipinas naturalized player Andray Blatche once again is in his beast mode game as he delivered 41 points and 13 rebounds.

That scoring performance is more than double compared to what he registered in their Qatar game few days ago.

Blatche also limited the scoring output of team Kazakhstan’s big-man Alexander Zhigulin. The 6-foot-9 only got 8 points and shot only 20 percent from the field (2-of-10).

Zhigulin was the main tormentor of Gilas Pilipinas last November 30 in the Smart Araneta Coliseum where he netted 30 points and mostly from three-point area.

When Blatche committed his fourth foul in the third quarter that gave team Kazakhstan an opportunity to make a comeback.

Yet, PBA five-time MVP took over the post while the best point guard in Asia found his shooting stroke from beyond the three-point area.

Their tandem gave Gilas a much comfortable lead as the same time they kept Blatche fresh going to the decisive quarter.

To list Gilas as one of the seven ball-clubs from Asia much easier in the 2019 FIBA World Cup, former PBA import Ricardo Ratliffe and his South Korea squad defeated the team Lebanon.

That defeat officially eliminated the Lebanese squad as team Jordan won their match versus the New Zealand’s Tall Blacks.

The 2019 FIBA World Cup will start this coming September 15.