The Philippines’ Gilas Pilipinas is scheduled for a head-to-head game against the team Iran at 7:30 P.M. on December 3, 2018 live from the Mall of Asia Arena.

Gilas Pilipinas will try to avenge their loss against the Kazakhstan Steppe Wolves last November 30 and solidify its hold on the third spot of Group F.

Team Philippines is one of the current squads which is in a good poise to get qualified especially if they win their tonight’s game against the visiting team Iran.

Iran is currently then number 2 squad in Group F just a game ahead against Gilas.

Philippines head coach Yeng Guiao made a major shake-up to Gilas line-up just to improve the chances of winning tonight in MOA.

He replaced the Greg Slaughter who was a non-factor against team Kazakhstan along with Alex Cabagnot and JP Erram.

Santos is back in Gilas uniform, his last service for the country was during the 2009 FIBA Asia Championship.

There is also reports flying around that team Iran won’t have their usual best players. Hamed Haddadi, Samad Nikkah Bharami, Arsalan Khazemi and Saijid Masheyaki were rumored that they’re not on the list submitted by team Iran to FIBA.

Yet, Iran’s forward Mohammad Jamshidi still believes that they have a better chance to get a victory against team Philippines.

“It’s gonna be better for us in Manila,” he said. “Australia was a really tough team to play. We lost rebounding by 20, so it was a big reason we lost this game.”

Iran’s last outing was against the Australian Boomers where they lost -29 margin.

However, even without their main-men, Gilas Pilipinas should be ready against the likes of Behnam Yakhchalidehkordi and Meisam Mirzaeitalarposhti.

We had a glimpse of what these guys can do during the 2018 FIBA Asia Champions Cup where Iran Petrochimi defeated the Philippines Meralco Bolts in Thailand.

Yakhchalidehkordi scored 29 points and grabbed 8 rebounds against the Bolts which ended team Philippines contention for championship in the said tournament.

Mirzaeitalarposhti on the other hand, is their hefty forward/center who can do damage from inside and outside. They might utilize him just like how team Kazakhstan used Alexandr Zhigulin against our national team’s big-men. 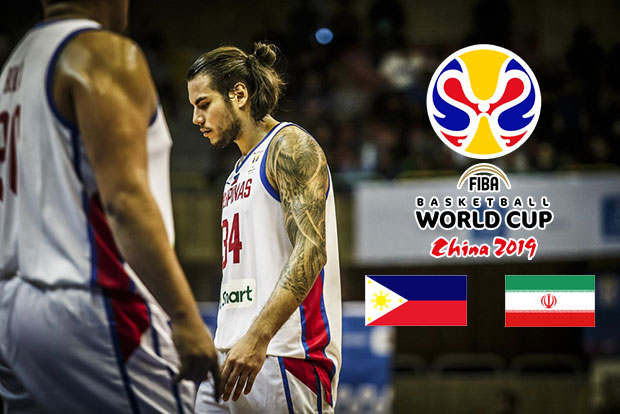 Mirzaeitalarposhti was Iran’s best player in their championship game against Japan Alavark. He dropped 28 points in that match.