The Barangay Ginebra San Miguel is scheduled for a head-to-head semi-finals game against the Magnolia Hotshots Pambansang Manok at 6:30 P.M. on November 10, 2018 live from the Ynares Center-Antipolo.

The Gin Kings and the Hotshots have met once again but this time in the semis. This time around the “Manila Classico“ is scheduled up to five games or until one of the squads will reach three victories and then proceed to the 2018 PBA Governors’ Cup Finals.

The last time these two ball-clubs met in a semi-finals round was during the 2016-17 PBA Philippine Cup.

Apart from their respective imports, there are several key players which are either added, not available or no longer there with that original lineup.

For Magnolia (they were then called Star Hothsots), Allein Maliksi is already with the Blackwater Elite while Marc Pingris still in the injured list.

For Ginebra, the main difference for them and an added advantage is their 7-foot gentle giant Greg Slaughter.

Both coaches are expecting the same close battle when they collide tonight at 6:30 PM at the Big Dome.

Ginebra head coach Tim Cone on the other hand, is preparing his team against Magnolia’s speedy guards as well as on how to contain Paul Lee.

“Then you’ve got the great Paul Lee. He controls the game. He just plays in a different tempo than everybody else. He just controls the game. You’ve really got to try to figure out a way to knock him off his rhythm because he plays with such a tremendous rhythm,” said Cone.

“Those are our big challenges. Making sure we’re not turning the ball over, allowing them to get out on the open court with their young, quick guards and trying to figure out a way to stop Paul Lee.”

Apart from those challenges, Tim Cone also need to design a defensive strategy to limit the productions of Romeo Travis. 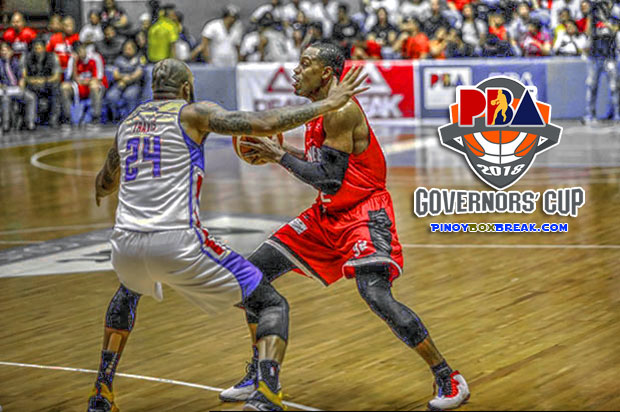 “So we definitely have the things we have to worry about. We have to take care of them.”