The Barangay Ginebra San Miguel is scheduled for a head-to-head semi-finals game against the Magnolia Hotshots Pambansang Manok at 7:00 P.M. on November 12, 2018 live from the Smart Araneta Coliseum.

The Gin Kings are looking to even the series tonight while the Hotshots wanted a commanding 2-0 lead when their semi-final round match resumes tonight at the Big Dome.

If Barangay has the mantra “Never Say Die” which made them famous to its fans, Magnolia has made its own and that one propelled them to snag Game 1. That Hotshots mantra is “We need to believe”.

Ginebra’s import Justin Brownlee went unstoppable in the opening quarter where he dropped 20 points. However, Hotshots head coach Chito Victolero made his key adjustment and limited the production of Browlee to only 17 the rest of the game.

Likewise, Magnolia’s coaching staff has done a great job on limiting the inside presence of Greg Slaughter. They rotated guys like Rafi Reavis, Ian Sangalang and Kyle Pascual to defend Gin Kings “GregZilla”.

Prior to the start of Game 1, Ginebra head coach Tim Cone has concern on Paul Lee. He understand that “Lee-thal Weapon” is a streaky shooter and can explode anytime. Also, probably part of what he wrote on their white board is the name of Romeo Travis.

Indeed, those two Hotshots players exploded in the semis series opener. Lee dropped 27 points while Travis had his conference-high of 37 points.

Coach Cone admitted that they played on the tune of their opponent that’s why they lost game 1. His big-men were also a non-factor and he wanted to change all of that tonight.

“They played the game they wanted to play. We played their game, so we got to be better,” said Cone. 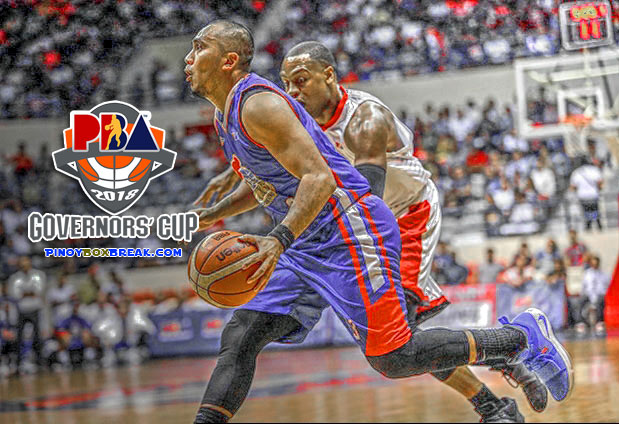 “I didn’t think our big guys were totally engaged in the game today,” offered Cone. “And they need to get better engaged, and that goes for everybody.”