The Barangay Ginebra San Miguel is scheduled for a head-to-head semi-finals game against the Magnolia Hotshots Pambansang Manok at 7:00 P.M. on November 14, 2018 live from the Smart Araneta Coliseum.

The Hotshots are looking poised to close their series in tonight’s match as they now hold a commanding 2-0 lead while the Gin Kings will attempt to stay alive and push their semi-finals round further.

That is the mountain of challenge the Barangay Ginebra will try to defy if they wanted to return to the biggest stage of the 2018 PBA Governors’ Cup.

Gin Kings can take its inspiration on what they did against the Star Hotshots (now Magnolia Hotshoots) during the semi-finals round of the 2016-17 PBA Philippine Cup.

They were down 0-2 but surprisingly was able to beat the Hotshots as they pushed the series to Game 7.

This scenario is what coach Chito Victolero and Mark Barroca wanted to avoid instead they used it as an added motivation.

“I have asked my players to remember that at iyun ‘yung magiging inspiration namin siguro for the (rest of the) series,” said Victolero. “We’ve experienced that before and we’ll try our best na sana makuha namin iyung pangatlong panalo.”

Ginebra import Justin Browlee admitted that it’s not easy to play against the Hotshots. 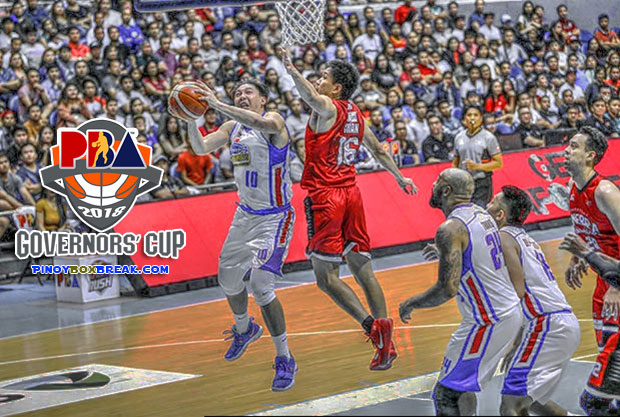 “They showed their scrappiness off and they’ve been doing that all conference, and that’s what they are,” said Brownlee of the Hotshots.