The Barangay Ginebra San Miguel is scheduled for a best-of-three quarterfinals match against the Magnolia Hotshots Pambansang Manok. Game 1 is at 6:45 P.M. on April 6, 2019 live from the Mall of Asia Arena.

If the start of quarterfinals already excites you then what about in the main event PBA will give you the “Manila Clasico”.

Yup, as early as the first round immediately fans will have its treat from the league which just turned 44-years-old this month.

Last season playing with their respective imports, these two squads were successful as they both won a championship.

Now it’s time for them to prove which All-Filipino roster is much supreme in the absence of Justin Brownlee (Ginebra) and Romeo Travis (Magnolia).

After having a slow start in their first few games in the Philippine Cup it seems that Magnolia has found its winning formula.

“I do believe we’re peaking at the right time and we’re looking forward to our battle with Ginebra,” said coach Chito Victolero.

The Hotshots are currently in its three-game winning streak prior to the start of the quarterfinals. Their last defeat, well you guess it, it’s against the Gin Kings.

In that March 17 match, Scottie Thompson flirted with a triple-double performance with 27 points. 11 rebounds and five assists.

His 27 points was his career-high and most likely he wanted to top that feat in tonight’s game. 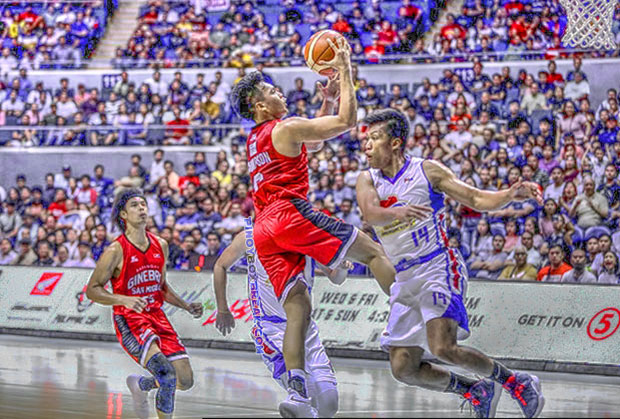