The Barangay Ginebra San Miguel is scheduled for a best-of-three quarterfinals match against the Magnolia Hotshots Pambansang Manok. Game 2 is at 4:30 P.M. on April 8, 2019 live from the Smart Araneta Coliseum.

The Hotshots will try to tie the series even at 1-all for them to live another day but the Gin Kings wanted to close it off and advance to the semi-final round when 2019 PBA Philippine Cup Playoffs resumes this afternoon at the Big Dome.

All of the teams were fighting in order to finish either first or second after the elimination round. The reason? The twice-to-beat advantage in the quarterfinals round.

Yet, although they’re already in the playoffs, Ginebra head coach Tim Cone thinks that the victory they made last Saturday is similar to what Phoenix Fuel Masters or Rain or Shine Elasto Painters had.

“We really didn’t do anything. It was I guess, put ourselves in the same situation as Rain or Shine and Phoenix,” said Cone.

The “Manila Clasico” quarterfinals edition is very similar to what happen in their lone encounter in the elims.

Ginebra piled a big lead in the first three quarters then the Hotshots tried to make a comeback later in the fourth quarter.

“That team just doesn’t go away. We played some really excellent basketball out there especially on defense. We defended very well,” said Cone.

“But that team doesn’t go away. I was nervous until the last 40 seconds when we finally felt that we won it.”

Barangay Ginebra had an advantage as much as 21 points. Thanks to their second quarter run where they have limited Magnolia to score only nine points.

Arthur dela Cruz was the Gin Kings “X-Factor” who contributed 14 points, 3 rebounds and 2 assists. That statline was enough for him to be named as the “Bida Player of the Game”.

Ginebra clamped down the shooters of Magnolia where Paul Lee and Mark Barroca had a combined 2-of-11 from long distance territory. 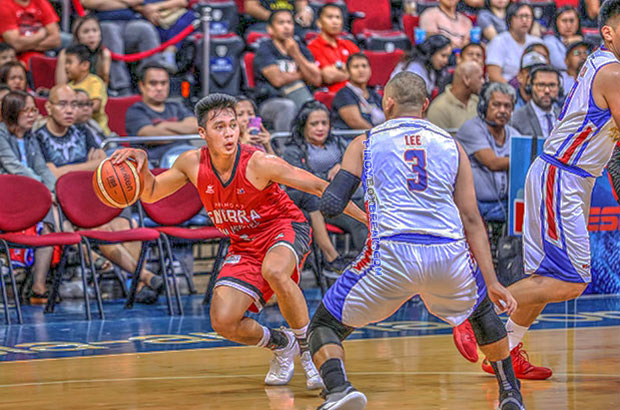