Here is the list of PBA live games scheduled on January 15, 2020 (Wednesday). 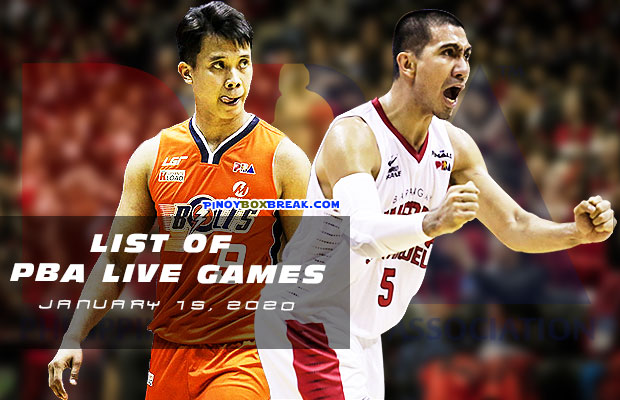 The 2019 PBA Governors’ Cup Finals is here and its Game 4 will takes place at the Smart Araneta Coliseum in Cubao, Quezon City.

There’s only one game scheduled for tonight and it’s the fourth Finals battle between the Gin Kings and the Bolts.

Barangay Ginebra is currently holding the momentum after they took Game 3 last Sunday at the Big Dome.

The Gin Kings took advantage of the absence of Bolts’ middle man Raymond Almazan after he got injured in the first quarter. The squad of coach Tim Cone unleashed its scoring onslaught in the third quarter and piled a massive lead.

Though Almazan was reported to be day-to-day and may miss the remainder of the series, Meralco’s head coach Norman Black is far from waving their white flag.