The Barangay Ginebra San Miguel is scheduled for a head-to-head game against the NorthPort Batang Pier at 7:00 P.M. on April 3, 2019 live from the Smart Araneta Coliseum.

The crowd favorite Gin Kings wanted to keep their winning momentum as they eye for five consecutive victories while the Batang Pier wanted to protect their two-game winning streak.

Two weeks ago, Batang Pier head coach was staring on a devastating six-game losing skid. That’s after making 2-0 at the start of the 2019 PBA Philippine Cup.

The entire team was convinced that several of those six defeats should be a victory for them but the inability to close the game put them in a situation on the verge of getting eliminated.

Yet, at the later part of this All-Filipino conference, NorthPort seems found their winning ways as they are now enjoying their two straight victories.

Now they needed one more to lock their team in the playoff picture which could start this coming Friday.

“Needless to say, we’ll do our best to make it to the quarterfinals without the need to go through a knockout game,” said Jarencio.

“We have this opportunity right in front of us, syempre gusto namin masungkit ito,” Jarencio also said.

Meanwhile for the Gin Kings, Japeth Aguilar will be suiting up tonight still fresh from winning his 2019 PBA All-Star Co-MVP award.

Aguilar put up a show in Calasiao last Sunday with his thunderous slams. The special one most probably was his over-the-head dunk over June Mar Fajardo.

Now that the league’s festivities is now over, everyone should be back in business mode especially that the post-elims is now around the corner. 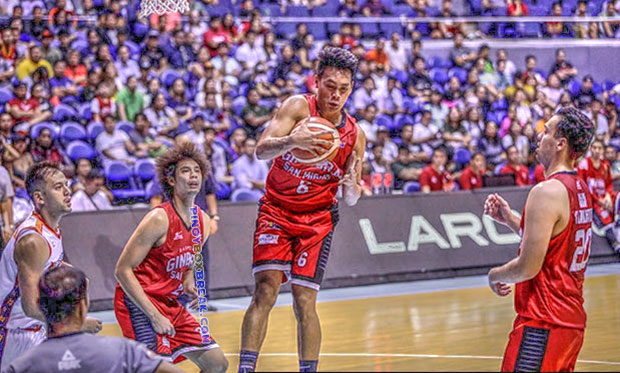