The Barangay Ginebra San Miguel is scheduled for a head-to-head game against the Rain or Shine Elasto Painters at 5:00 P.M. on January 26, 2019 live from the Calasiao Sports Complex, Pangasinan.

(Note: Live streaming starts at 5:00 PM PHI time. Refresh this window at the scheduled time to watch the video.)

The Gin Kings are looking to make a quick bounce back game after its defeat versus the San Miguel Beermen almost one week ago while the Elasto Painters wanted back-to-back victories when PBA resumes this afternoon in Calasiao, Pangasinan.

In their last outing, Ginebra fell as the first victim of the re-surging Beermen. They just prove that they’re the defending champion after getting stunned by the Columbian Dyip in their season-opener.

They hammered hard the Gin Kings as they piled 23-point lead, but the boys of coach Tim Cone didn’t surrendered easily as they activated their “Never-Say-Die” spirit in the fourth quarter.

They were successful to trim down the lead to just a single-digit but time wasn’t on their side until the last buzzer has sounded.

“We laid an egg in our last game against SMB so we really want to, need to, bounce back and try to establish some rhythm and momentum this conference,” said Ginebra coach Tim Cone.

Likewise, it’s still fresh in the memory of coach Cone the last time they played against the Elasto Painters in Lucena during the 2018 PBA Governors’ Cup.

“ROS beat us in Lucena last conference, so we know how capable they are. They’re a tough matchup,” said Cone.

For Rain or Shine camp on the other hand, after signing a fresh three-year contract, James Yap immediately rewarded his squad by pouring 20 points. Most importantly, the Elasto Painters has set a winning tone which they can use in their today’s schedule.

Rookie Javee Mocon also prove that he’s worthy being the sixth overall pick of the most recent PBA Draft.

To make them more formidable, Raymond Almazan was reported that will suit-up in the 5:00 PM PBA out-of-town game. 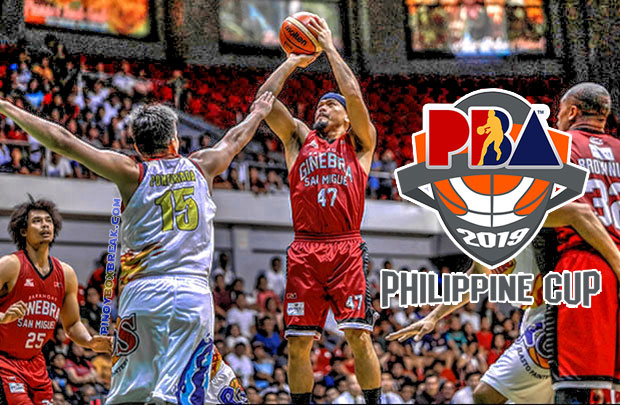 Almazan was not in the ROS lineup since his AWOL days. He also missed their 2019 Philippine Cup opener against NLEX Road Warriors due to an ankle injury.