The Barangay Ginebra San Miguel is scheduled for a head-to-head game against the Talk ‘N Text KaTropa Texters at 6:30 P.M. on January 13, 2019 live from the Philippine Arena.

The most popular basketball league in the country is back and both the Gin Kings and the KaTropa Texters wanted to start their 44th season with a bang by logging the first victory of the 2019 Philippine Cup.

Though the Gin Kings are entering the new PBA season with no new big name in their roster, what they have is a healthy lineup.

The main core of Japeth Aguilar, Greg Slaughter, LA Tenorio, Scottie Thompson and Joe Devance are all reported to be ready for the opening night in Bocaue, Bulacan.

Speaking of Tenorio, the man who is also known as the “Tenyente” is just eight games away to overtake Alvin Patrimonio as the PBA’s all-time “Iron Man”.

A total of 596 straight games logged by the four-time MVP, Patrimonio is now on the verge to be broken by the 5-foot-7 Tenorio.

Tenorio hasn’t missed a game since he was drafted by the San Miguel Beermen back in 2006 as their fourth pick in the first round.

For the KaTropa side on the other hand, they lost Terrence Romeo during the off-season. There was a rumor that several players of TNT made a petition to trade the former scoring champ as he is ruining the team’s chemistry. 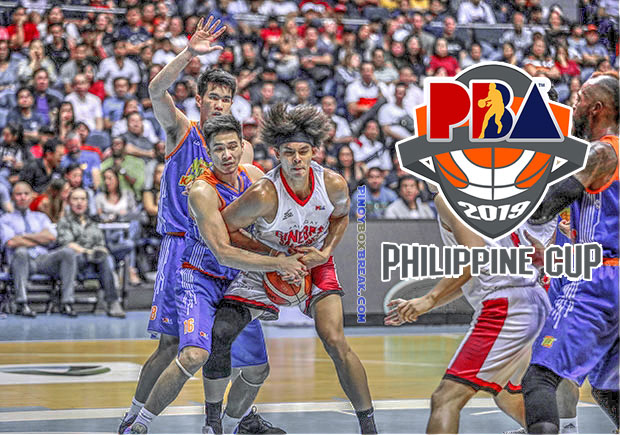 In return, they got David Semerad and Brian Heruela plus Michael Miranda whom they got from the NLEX Road Warriors as they joined that Poy Erram trade together with the Blackwater Elite.