The Barangay Ginebra San Miguel is scheduled for a head-to-head game against the Talk ‘N Text KaTropa Texters at 6:45 P.M. on November 4, 2018 live from the Smart Araneta Coliseum.

The Gin Kings are looking to continue their winning ways as the playoffs will start few days from now while the KaTropa will try to keep its quarterfinals hopes alive.

With NLEX Road Warriors lost their game yesterday versus the already eliminated Rain or Shine Elasto Painters and the Meralco Bolts won versus the San Miguel Beermen the playoffs scenario especially the seventh and the eight spot became a wild scramble.

Surprisingly, all of the teams that still have a shot on taking those spots are all under the MVP group of companies.

If TNT will win in this evening match, then they will be a seventh place tie between along with the Meralco Bolts and the NLEX Road Warriors. If they lose then it’s bye-bye and look forward to next season.

Jayson Castro who missed three games due to an injury is back and played his first game after got sidelined against the Magnolia Hotshots Pambansang Manok.

Although his team got lost in that match but Castro is positive that he slowly earn back his old moves.

Barangay Ginebra is fresh from a win from a classic battle known as the “Manila Classico“.

The best part of that game was the return of Greg Slaughter and Sol Mercado. Both players immediately made their impacts as they were named as the Bida Players of the Game. 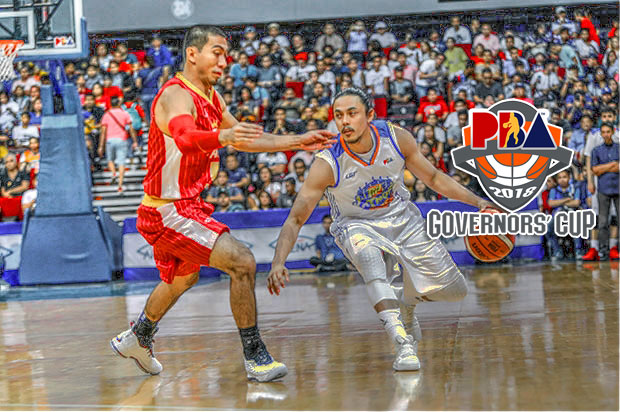 One more player the Gin Kings faithfuls are waiting and that’s Joe Devance. Still, the formidable and the championship image of team NSD is finally here.