The Magnolia Hotshots Pambansang Manok finally pulled a victory against the Rain or Shine Elasto Painters in their Game 3 battle yesterday, 85-74.

Ian Sangalang who struggled the entire first half revived himself in the following half by blasting 16 points performance.

Most of his damage came in the final quarter where he went unstoppable inside the post. He delivered 12 markers in that final canto.

Not only Sangalang who found his old self but also Paul Lee.

In Game 1 and Game 2 each time the match enters the third and fourth quarter, Lee’s scoring ability diminished but in Game 3 he changed that trend.

RoS rookie Javee Mocon paced the Elasto Painters with his 18 points. Mocon got an ample amount of playing time as James Yap got in foul trouble early in the game. 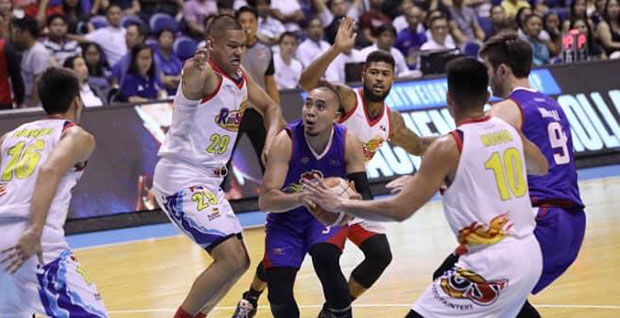