Former Letran Knights big-man Jom Sollano joined the NorthPort Batang Pier after he received a call-up from the said franchise. 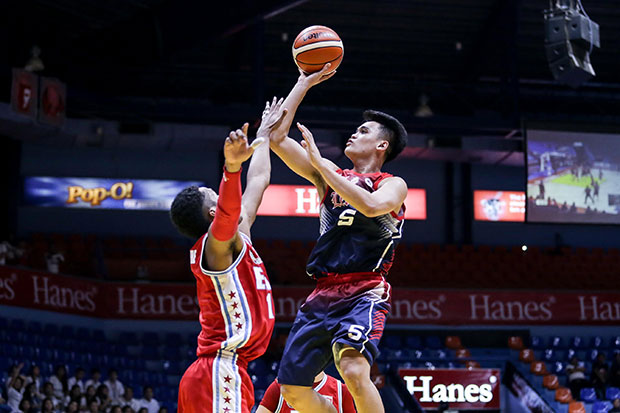 Sollano who is standing at 6-foot-6 will strengthen the forward and center rotation of coach Pido Jarencio.

Not only that he is a bruiser but he also have the skills of knocking out perimeter jump shots. He proved that during the NCAA Season 91 Finals when he took and converted a side jumper and turned out to be the winning basket.

The last basketball squad he joined prior to his PBA call-up was with the Imus Bandera in the Maharlika Pilipans Basketball League.

Sollano was originally drafted by the Rain or Shine Elasto Painters back in the 2017 PBA Draft using their 19th pick in the second round.